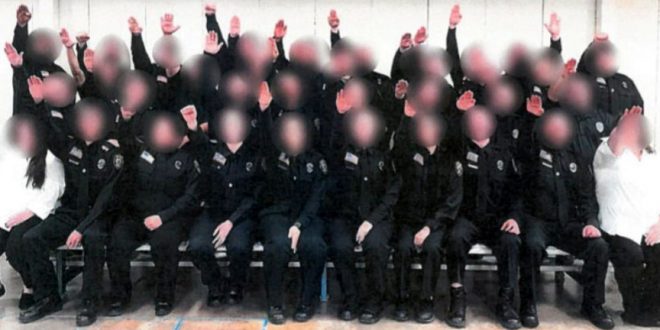 A number of West Virginia Division of Corrections and Rehabilitation employees are suspended and West Virginia Gov. Jim Justice is calling for some terminations after a photo surfaced that shows more than 30 participants in a basic training class doing a Nazi salute.

The cabinet secretary for the West Virginia Department of Military Affairs and Public Safety has sent a letter to all employees of the Division of Corrections and Rehabilitation condemning the photo. The class was conducted Oct. 21 through Nov. 27.

BREAKING: Photo released that has led to numerous DOC employees being suspended pic.twitter.com/Lee98ldVl2