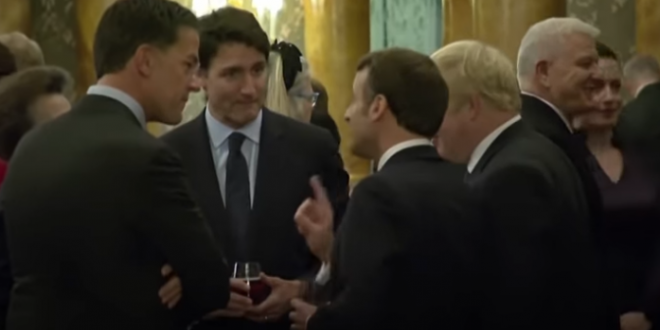 Boris Johnson, Justin Trudeau and Emmanuel Macron appear to be joking about Donald Trump at the opening of this week’s NATO summit in London along with other world leaders.

In the video, Johnson asks Macron: ‘Is that why you were late’ before Trudeau interjects: ‘He was late because he takes a 40-minute press conference off the top.’

Trump is never mentioned by name in the video, which was widely shared on social media, but the exchange could relate to the US president, who is known for his long, rambling press conferences.

.@JustinTrudeau, @EmmanuelMacron, @BorisJohnson and other VIPs shared a few words at a Buckingham Palace reception Tuesday. No one mentions @realDonaldTrump by name, but they seem to be discussing his lengthy impromptu press conferences from earlier in the day. (Video: Host Pool) pic.twitter.com/dVgj48rpOP