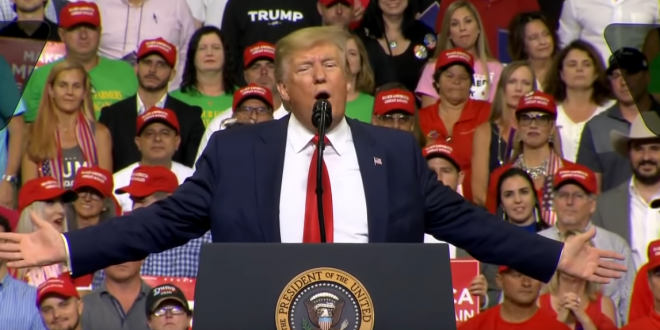 Trump: Women Complain To Me About Dishwashers

At his rally in Michigan that coincided with his impeachment on Capitol Hill, Trump started rambling about weak dishwashers. The president said that dishwashers don’t work as well as they once did, blaming regulations, and added that he’d found this out by talking to women.

“Remember the dishwasher? You’d press it, boom! There’d be like an explosion. Five minutes later, you open it up, the steam pours out,” he said, according to NBC News. “Now you press it 12 times. Women tell me. You know, they give you four drops of water.”

Every time Trump says something ridiculous (like dishwashers need to be pressed 12 times) or horrible (like late Rep Dingell is looking up from hell), I think of the Elaboration Likelihood Model.

Everything is clearer when you think of it this way:

President Trump addressed the plumbing issues of Americans, telling a crowd at a Michigan rally that “women tell me” about how they have to repeatedly run their dishwashers https://t.co/MqrfXOuIF1

As the House voted to impeach President Trump on two counts Wednesday night, he was onstage at a rally in Michigan going on about the physical attributes of his political opponents and the efficiency of dishwashers https://t.co/VAjuYf0JZt