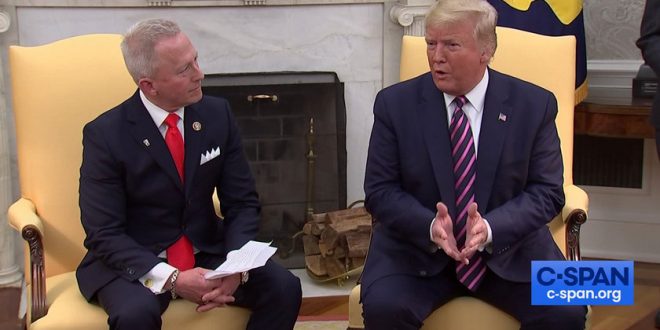 The day after he became the third president to be impeached in a historic vote, President Trump welcomed Congressman Jeff Van Drew to the White House to celebrate the freshman lawmaker’s decision to switch to the Republican Party. The meeting notably occurred after Van Drew voted against both articles of impeachment — as a Democrat.

Previous Obama Golfed In Hawaii During Impeachment Vote
Next Sarah Sanders Defends Trump’s Attack: He’s A Fighter Who Won’t Take A Punch And Not Punch Back [VIDEO]