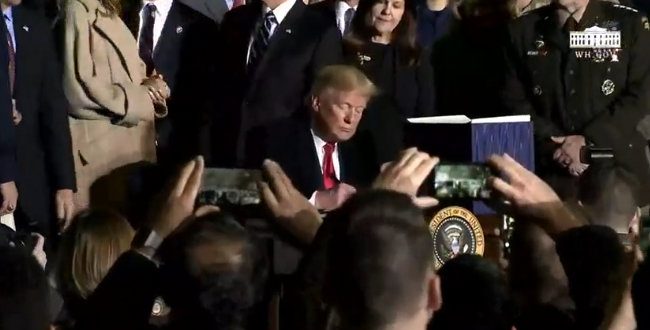 The U.S. Space Force has become the nation’s newest branch of the military as President Donald Trump signed the National Defense Authorization Act, which authorized the creation of the new military service. Space Force went into operation almost immediately after the legislation was signed into law, but many questions still need to be decided as to how the new military service will function and who will serve in its ranks.

“For the first time since President Harry Truman created the Air Force over 70 years ago, we will create a brand new American military service,” Trump said as he signed the defense budget at an event at Joint Base Andrews. “With my signature today, you will witness the birth of the Space Force, and that will be now officially the sixth branch of the U.S. Armed Forces,” Trump said. “The Space Force will help us deter aggression and control the ultimate high ground.”