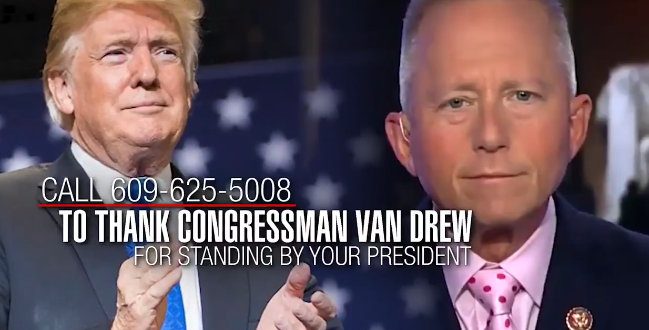 The 30-second ad began airing Dec. 21, the super PAC announced on Twitter. It praises Van Drew for “standing by President Trump rather than participating in a sham impeachment.” “It takes guts to stand up for what’s right, even when the mob rises against you,“ the ad says.

Note the trolling meme in the ad.

Although our ‘country before party’ ad won’t air until tomorrow, we believe in the season of giving. Therefore, enjoy a day early!

Proud to support New Jersey’s newest Republican @VanDrewForNJ in his fight for re-election in 2020! 🇺🇸