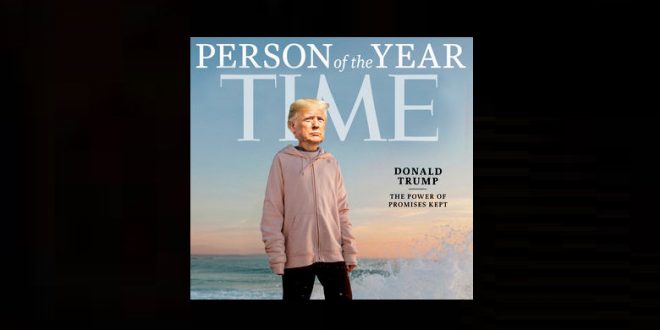 Trump Names Himself TIME’s Person Of The Year

President Trump’s reelection campaign tweeted an edited cover of Time magazine’s “Person of the Year” issue on Thursday which depicted the president’s head on the shoulders of Greta Thunberg, a 16-year-old climate change activist. The tweet suggested that the magazine had erred in naming Thunberg “Person of the Year,” and listed accomplishments of the administration.

When it comes to keeping his promises, there’s only one Person Of The Year: