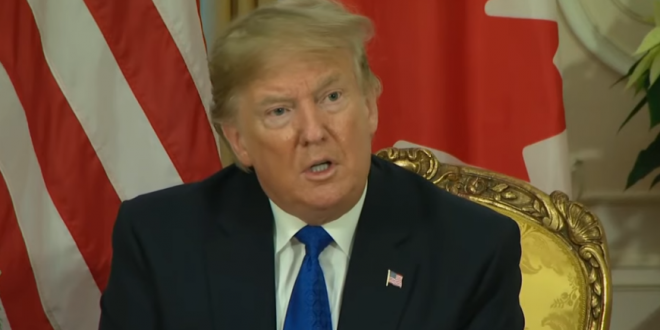 President Donald Trump held official meetings with two foreign leaders and the head of NATO at the alliance summit in London on Tuesday — and turned the public portion of each of the three sessions into his own highly dishonest impromptu press conference. Trump treated NATO Secretary General Jens Stoltenberg, French President Emmanuel Macron and Canadian Prime Minister Justin Trudeau to a selection of his favorite fictions, most of which we have fact-checked before, and sprinkled in some new nonsense for good measure.

Speaking to reporters for more than two hours in total, Trump made at least 21 false claims. That’s our initial count. The total may well grow once we have time to do some deeper fact-checking. Embarking on a dishonesty blitz while at a foreign summit would be strange behavior for any other president. For Trump, long impervious to norms of propriety and accuracy, it was just another Tuesday.

No, the US wasn’t without ammunition. No, most ISIS prisoners in Syria aren’t from Europe. No, Zelensky didn’t tell Time that Trump “did nothing wrong.” No, Trump isn’t being denied a lawyer at tomorrow’s hearing. No, China hasn’t lost $32 trillion. https://t.co/Eh9Z2tfL8h

Previous Alan Dershowitz: Putting Electoral Interests Ahead Of National Interests Is Not Close To Being Impeachable
Next Televangelist Guilty Of Molesting Multiple Boys [VIDEO]