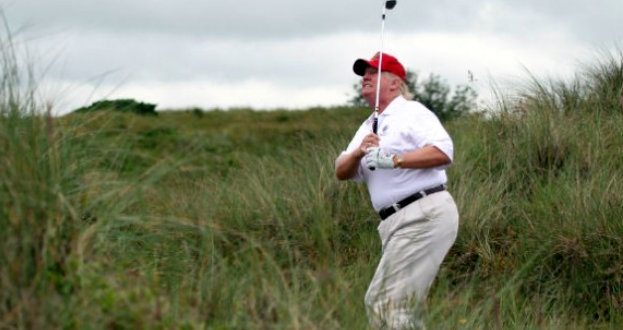 Trump Has Spent 1/3 Of His Term At Trump Properties

Over the course of his presidency, Trump has visited a Trump-owned or branded property on three out of every 10 days. Slightly more: Of the 1,075 days on which he has been president, he has visited Mar-a-Lago or a Trump Something-or-other on 331 of them, 31 percent of the time.

It’s worth remembering that this was not the promise Trump offered voters in 2016. At a rally on Aug. 8, 2016, Trump assured the audience that, “because I’m going to be working for you, I’m not going to have time to go play golf.” He added a “believe me,” to make the point.

Just last week, Trump insisted in conversations with members of the military that during his time away from the White House he “really pretty much work[s].” That was on the morning of Dec. 24. Within an hour, he was headed to his golf club in Palm Beach.