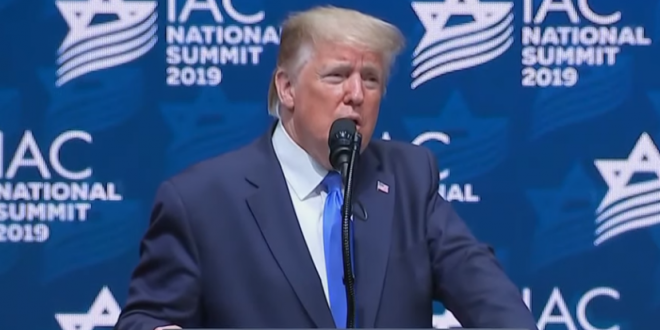 Donald Trump will sign an executive order effectively defining Judaism as a nationality, not just a religion, in what the White House has described as an order to combat antisemitism on US college campuses.

The move has already been criticised by free speech advocates, who were concerned a broader definition of antisemitism could be used to limit criticism of Israel’s government.

The order will widen the federal government’s definition of antisemitism and instruct it to be used in enforcing laws against discrimination on college campuses. The US president himself has used antisemitic tropes, including making comments about Jews and money.

President Trump will sign an executive order defining Judaism as a nationality, not just a religion, thus bolstering the Education Department’s efforts to stamp out “Boycott Israel” movements on college campuses https://t.co/0avw7eseMc

Two reasons anti-semites like David Duke say Judaism is not a religion, but a nationality/race: It excludes Jews from their white-supremacist arguments. And two, they use it to advance formation of a white ethnocentric state.

This is not “protecting Judaism under civil rights law.” This is using Jews and Judaism as a shield to go after Palestinians and anti-authoritarian professors and student activists. We’re #NotYourShield, @realDonaldTrump.https://t.co/JUNGeWGbFU

Anyway, Hitler kicked off the Holocaust with the Nuremberg Laws that, among other things, declared German Jews weren’t of German nationality. So Trump signing an executive order declaring Judaism it’s own nationality is….well not great for us descendants of Holocaust survivors.