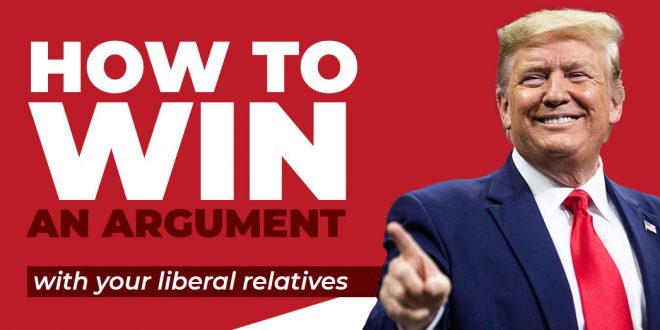 Trump’s campaign has launched a new website aimed at helping Trump supporters win arguments with their relatives during the holidays.

The site, snowflakevictory.com, includes videos of Trump campaign officials coaching Trump supporters on how to argue with “liberal snowflakes” about several issues, including impeachment.

“Impeaching President Trump has always been an election tactic,” campaign adviser Mercedes Schlapp said in one of the videos. “Democrats have never accepted the results of the last election, so they’re trying to interfere with the next one.”

You may recall that last month Junior launched a similar “How To Trigger Relatives And Ruin Thanksgiving” contest.