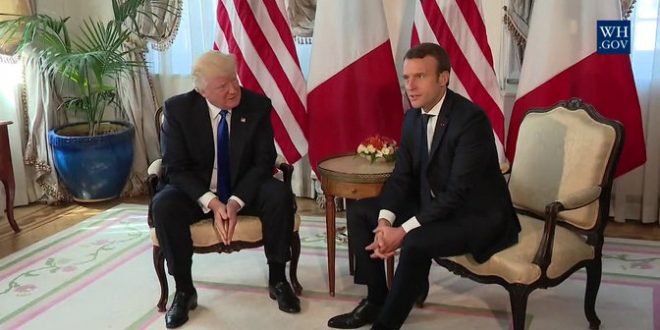 President Trump began a two-day summit meeting on Tuesday to mark the 70th anniversary of NATO — strained, in part, by his own brash handling of overseas allies — by stepping into an unlikely role as defender of an alliance he once called “obsolete.” Mr. Trump said President Emmanuel Macron of France had been “very insulting” to the alliance when he warned recently about the “brain death” of NATO.

Mr. Macron had suggested that Europe could no longer assume unwavering support from the United States. The two leaders were scheduled to meet later in the day. “I think nobody needs it more than France,” Mr. Trump said of the alliance, “and that’s why I think when France makes a statement like they made about NATO, that’s a very dangerous statement for them to make.”

French PM Macron dared to point out in an interview that US leadership is no longer reliable and they need to take stronger control for themselves.