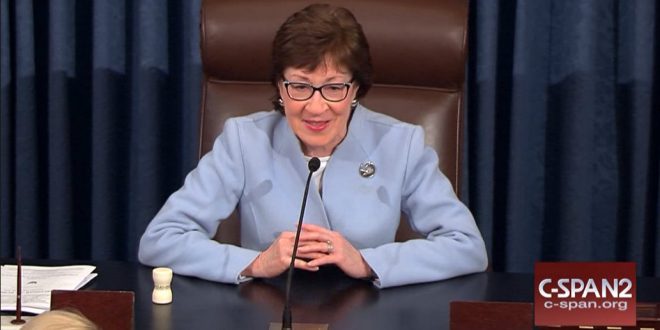 Denouncing him for mocking the vulnerable and attacking “ethnic and religious minorities,” in 2016 Susan Collins wrote in House Speaker Paul Ryan instead, a choice that didn’t even register in the final results since the Wisconsin Republicans hadn’t registered as any sort of candidate in Maine.

But it appears that Trump, unusually for him, isn’t holding a grudge. It marks one of the few times that Trump has directly praised Collins, who has proven a presidential ally on some key issues and a thorn in his side on others, especially in her 2017 vote to block repeal of the Affordable Care Act.