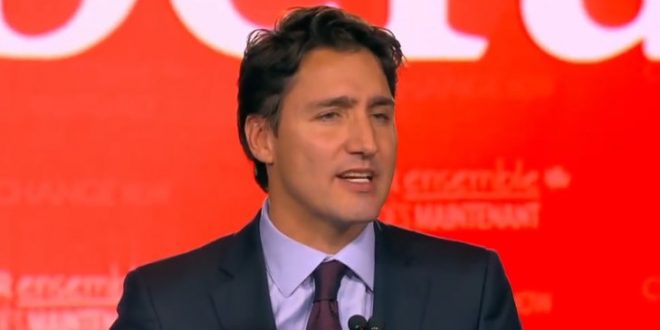 LGBT+ conversion therapy could soon be banned across Canada after Justin Trudeau made this one of the priorities for his new government.

In a letter to the country’s justice secretary on Friday, the prime minister stated that banning the controversial practice of attempting to forcibly change people’s gender or sexuality must be a “top priority”.

He said the Minister of Justice and Attorney General David Lametti must work to ”amend the Criminal Code to ban the practice of conversion therapy and take other steps required with the provinces and territories to end conversion therapy in Canada”.

Previous Graham: I Don’t Need Evidence, I’m Ready To Vote
Next MMA Fighter Hailed By Trump For Offering To Beat Up Democrats Gets Jaw Broken In Championship Bout