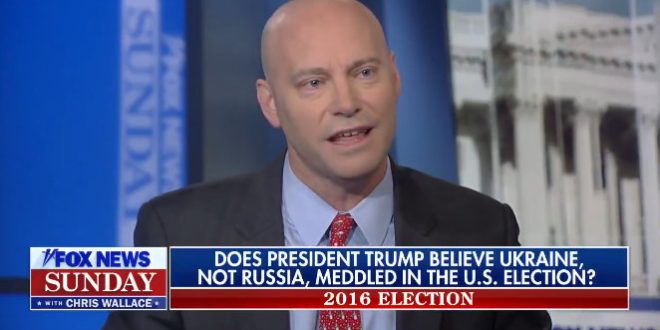 Fox News’ Chris Wallace confronted Mike Pence chief of staff Marc Short this morning and asked him if President Donald Trump really still thinks that Ukraine election interference is something that should be looked into.

“I know there were separation of power issues there,” Wallace said. “But does President Trump still believe that it was Ukraine, not Russia, that interfered in the 2016 election.” Short said, “It doesn’t have to be an either/or. It can be both.”

On FOX News Sunday, Chris asks Marc Short if the president believes Ukraine meddled in the U.S. election. Marc Short says “He [the President] thinks we should at least investigate it.” #FoxNews #FNS pic.twitter.com/lIbZ2zaaiz

Previous Trump To Headline Miami Event For Evangelicals
Next GOP Senator: Pelosi Has No Right To Hold Articles