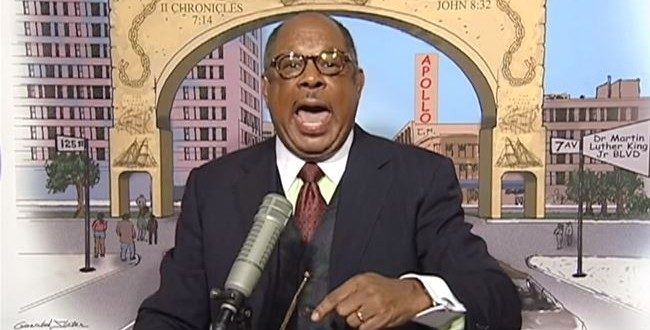 The Huffington Post today published an update to its April 2019 report on alleged abuses at an infamous Harlem hate church’s private school.

HuffPost has spoken with nine more former students, former congregants and relatives of current church members. They have corroborated details of HuffPost’s initial report and contributed their own similar stories. They describe a pastor who harshly punishes students and promotes estrangement within families, at the same time running a private school that falsely bills itself as a high-tech, cutting-edge success.

On Sunday, seven months after HuffPost first asked the New York City Department of Education about these allegations, the agency told HuffPost it is investigating it. The agency is responsible for making sure private schools within its geographic district provide instruction that is “substantially equivalent” to that offered in public schools.

“Every student deserves a safe, high-quality education. We are investigating these allegations and urge anyone who believes they may have been the victim of misconduct to contact us,” department spokesperson Danielle Filson said in an email to HuffPost.

Pastor James Manning was banned from YouTube last year but he’s reportedly resurfaced there recently to claim that Barack Obama and Jussie Smollett were lovers.

The Ali Forney Center, not incidentally, is still waiting in the wings as Manning’s church continues its court battle over unpaid utility bills, which he claims to be exempt from.

You may recall this classic Manning quote: “This is the lord’s house! This ain’t no damn bathhouse! It ain’t no fag house! And before you can ever own this property – hook or crook – men who are fags with testicles will be carrying babies in their testicles and giving birth to them through their anus. That’s how impossible it is for you to get this house.”