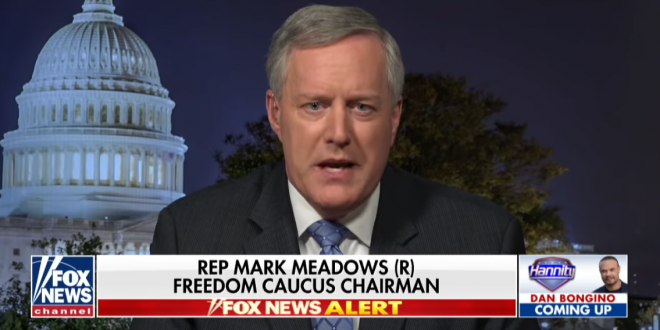 Rep. Mark Meadows’ shock retirement — revealed just 30 hours before the filing deadline in North Carolina — has roiled some Republicans in the state who suspect he timed his announcement to benefit a friend of his wife.

The four-term congressman will depart the House for an as-yet-undefined role with President Donald Trump, a decision he disclosed in an interview with POLITICO Playbook that published around 5:30 a.m. on Dec. 19, ahead of the filing deadline at noon on Dec. 20.

Later that day came a campaign launch by Lynda Bennett, a local GOP activist and real estate agent who is friendly with Debbie Meadows, the congressman’s wife, according to sources who know both women. Wary Republicans in the state quickly speculated that she had advance notice of Meadows’ retirement.