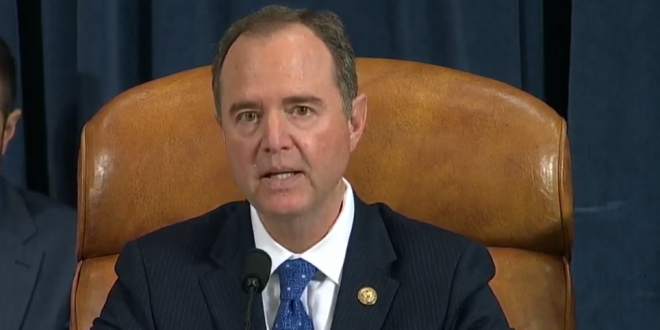 Schiff: Trump Doesn’t Give A Shit About What’s Good For America, He Only Cares About What Benefits Him

House Intelligence Committee Chairman Adam Schiff (D-Calif.), a prominent figure in the impeachment inquiry, has said that President Trump, “doesn’t give a shit about what’s good for our country.”

Schiff, in an interview with The New Yorker, cited the impeachment testimony of diplomat David Holmes, who said he was told That Trump did not care about Ukraine and only cared about “big stuff” like an investigation into Democratic presidential candidate Joe Biden.

Previous Graham Swats Down Demand For Schiff To Testify
Next Christian Cable Host: I’m Stockpiling Ammo And Food For The Coming “Violent Civil War Against The Left”