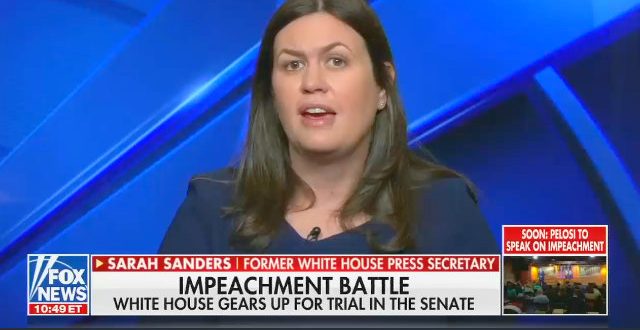 Sarah Sanders Defends Trump’s Attack: He’s A Fighter Who Won’t Take A Punch And Not Punch Back [VIDEO]

“Look, the president’s a fighter. He’s somebody who is never going to take a punch and not punch back. And I think that’s the only reason he has been able to survive the last three years is because he is so tough.

“If he wasn’t, and if anybody else was in his position, I think they would be curled up in a ball on the floor in their office most days.

Previous Trump Welcomes Turncoat House Dem To GOP
Next Liberty Counsel: Trump Is Being Threatened By Radical Democrat Subversives So Send Us Your Money Today