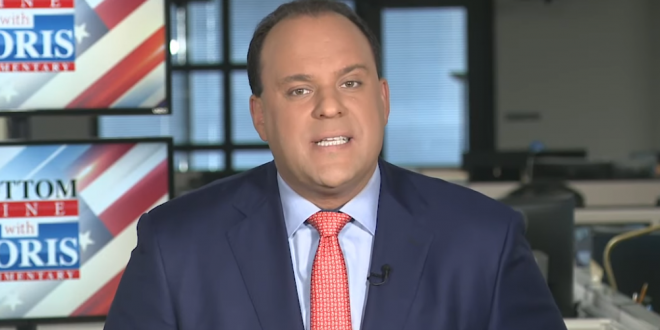 Sinclair Broadcast Group is axing the “must-run” segments of one of its biggest stars, Boris Epshteyn, the network’s chief political analyst and a former special assistant to President Donald Trump.

The move is part of a companywide effort to move away from political commentary in favor of investigative journalism, the network said Wednesday. “We have to shine a light on our value proposition every quarter hour, in every newscast,” the company said in a statement to its staff.

“Therefore, we will be expanding our local investigative journalism footprint in our daily newscasts. We are excited to dedicate more time in our newscasts to report on critical and relevant issues.”

After serving as a Trump aide, Epshteyn was hired by Sinclair as its chief political analyst. He predictably used the platform to defend administration policies, deflect from offensive comments by the president, and air softball interviews with Trump administration officials and other Republicans.

While local news stations were forced to air Epshteyn’s segments, there was no natural audience for his commentary; a Media Matters review of his Sinclair commentary clips posted to YouTube found they typically received less than 50 views.

Epshteyn is shifting to sales, and Sinclair is allegedly "pivoting away from political commentary."

Sinclair Broadcast Group will no longer require its TV stations across the US to carry political commentary segments. This means that Boris Epshteyn, a former Trump aide, will no longer be showing up with pro-Trump talking points during evening newscasts. https://t.co/cM8ygSUCuX