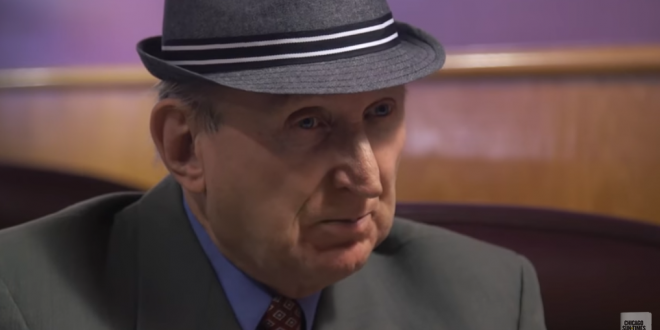 Arthur Jones, a perennial candidate who was a leader of the American Nazi Party, filed this morning to run as a Republican in the 3rd Congressional District. Jones won 26.5 percent of the vote against Democratic incumbent Dan Lipinski last year.

But, unlike last time, Jones will likely have to defeat a Republican primary opponent. Will County Board Minority Leader Mike Fricilone filed his petitions to run last week. Jones was spotted at the Board of Elections today checking petition signatures.

In 2018, Rep. Dan Lipinski easily beat Holocaust denier and white supremacist Arthur Jones, but Jones received about 26 percent of the vote even after his views were exposed. https://t.co/uRFd74xx26

Self-avowed Nazi and Holocaust denier Arthur Jones is making another bid for Congress, two years after getting 26% of the vote in his failed bid against U.S. Rep Dan Lipinski. https://t.co/d7y9X5SgNL