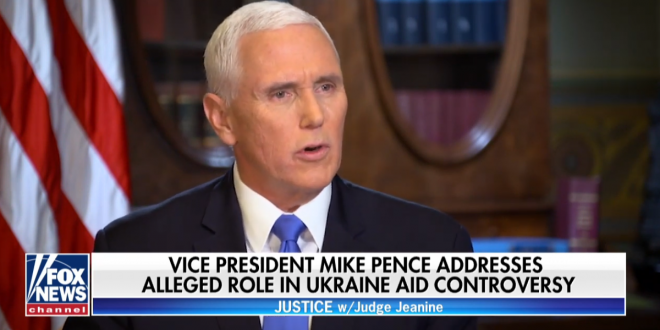 Pence: Dems May Not Have The Votes To Impeach

“I don’t yet know what’s going to happen in the House. I know that Speaker Pelosi has announced articles of impeachment, but I have to tell you — I served in the Congress for 12 years and I don’t think it’s a forgone conclusion that the Democrats will be able to get the votes to pass articles of impeachment.”