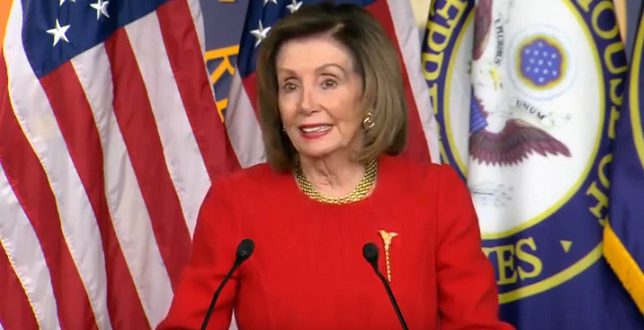 Nancy Pelosi: I’ll Send The Articles To The Senate After Mitch McConnell Reveals His Plan For Trump’s Trial

Speaking to reporters, House Speaker Nancy Pelosi — who must send the two House-passed articles of impeachment to the Senate before a trial of the president can begin — said she had no intention of taking action until she heard from Senate Majority Leader Mitch McConnell about this plans.

Pelosi said she will move forward “when we see the process set forth in the Senate.” Hitting McConnell for remarks he made Thursday, Pelosi said she didn’t suspect the Founding Fathers “suspected that we’d have a rogue leader in the Senate at the same time” as a rogue president.