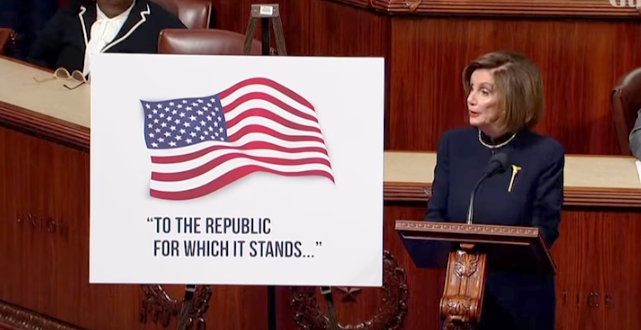 Less than 48 hours after she gaveled in the votes making him the third president to be impeached in United States history, House Speaker Nancy Pelosi invited Donald Trump to deliver his State of the Union address before a joint session of Congress on Feb. 4.

The three-paragraph letter to the president says she’s extending the invitation in “the spirit of respecting our Constitution” — the document she and Trump have been accusing each other of besmirching in recent days.

The letter is signed “best regards.” The White House says Trump has accepted.