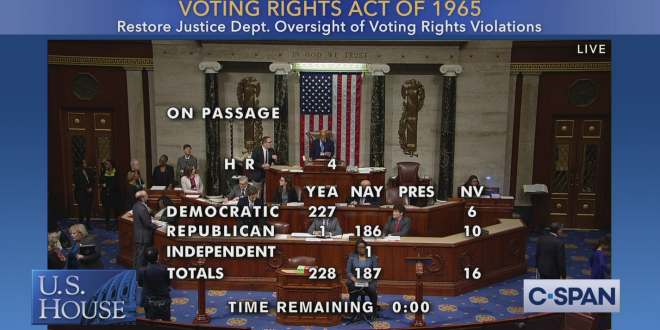 Only One Republican Backed The Voting Rights Act

Just one Republican — Rep. Brian Fitzpatrick of Pennsylvania — joined a united House Democratic caucus on Friday to pass what rights groups hailed as “historic” legislation to restore and expand voter protections that were gutted by the Supreme Court in 2013.

“Numerous state legislatures have undertaken targeted and deliberate steps to limit or impede the right to vote for communities of color, students, the elderly, and people with disabilities,” said Gilbert. “Americans who are eligible to vote but are denied that right due to fabricated or illegal barriers are being deprived of the full privilege of our democracy.”

BREAKING: @RepBrianFitz is the one and only House Republican that believes in voting rights. https://t.co/37aqHMYIMO