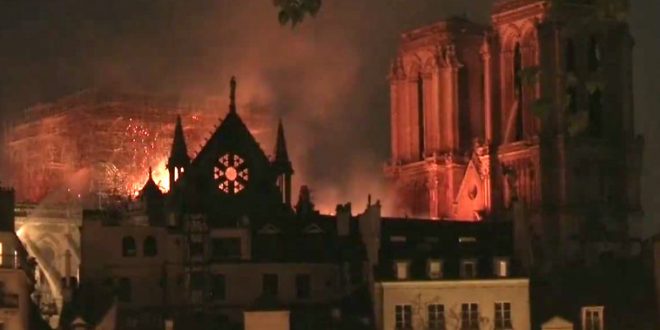 Notre Dame: No Xmas Mass For First Time Since 1803

For the first time in more than 200 years, worshippers will not be able to attend Christmas mass at Notre-Dame cathedral, still being restored after a devastating fire.

“There won’t be a midnight mass at Notre-Dame. The last time this happened was during the French Revolution. Since 1803, there have always been Christmas masses at Notre-Dame,” a Paris diocese spokeswoman told Reuters.

The April 15 fire caused the roof and spire to collapse although the main bell towers and the outer walls were saved, along with religious relics and priceless works of art.