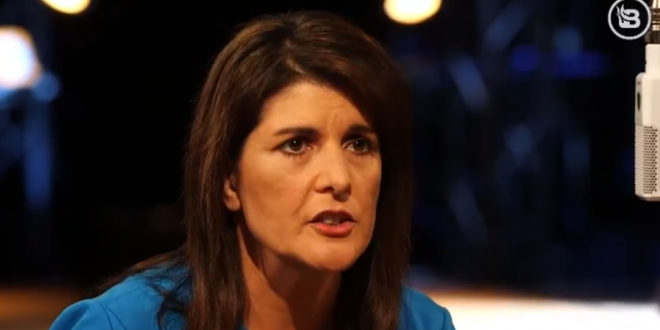 Former U.S. Ambassador to the United Nations, Nikki Haley, appeared to claim that mass shooter Dylann Roof “hijacked” the Confederate flag, and that it was seen as “service, and sacrifice, and heritage” before the 2015 Charleston Church Shooting, during an interview with the Blaze’s Glenn Beck this week.

“There is this guy that comes out with this manifesto, holding the Confederate flag, and had just hijacked everything that people thought of,” she proclaimed.

“We don’t have hateful people in South Carolina. There’s always the small minority that’s always gonna be there, but, you know, people saw it as service, and sacrifice, and heritage, but once he did that there was no way to overcome it, and the national media came in in droves.”

Nikki Haley says the Confederate flag was about “service, and sacrifice, and heritage” until Dylan Roof “hijacked” it pic.twitter.com/pqdhKIezRl