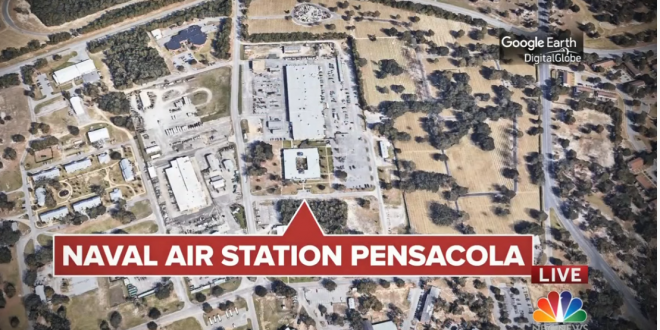 The suspected shooter involved in a deadly incident on Friday at a major U.S. Navy base in Florida was believed to be a Saudi national in the United States for training, two U.S. defense officials said, speaking on condition of anonymity.

Four people including the shooter were killed in the episode at Naval Air Station Pensacola, the Navy and local sheriff’s office said, the second deadly shooting at a U.S. military installation this week.

While military bases house the nation’s most powerful armaments, military personnel normally are restricted from carrying weapons on base unless they are part of their daily duties.

I’m working with the @DeptofDefense, @StateDept, and @DHSgov to ensure there’s extreme vetting for people who come to our country and train on our bases. pic.twitter.com/LUhSE6UAHO

Pearl Harbor. Pensacola. Not even our military bases are safe from gun violence. I’m heartsick for the victims and their families. We must end this epidemic and protect the lives of our service members. https://t.co/G1y0uyM0KW