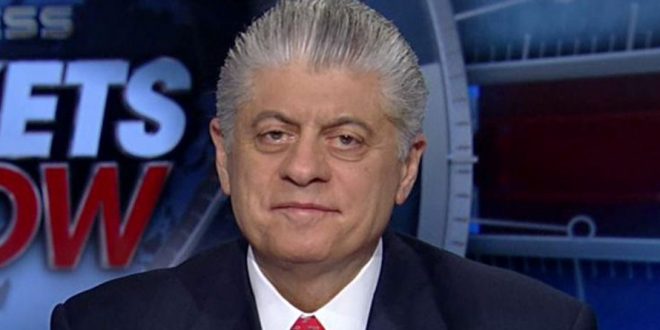 Napolitano Thinks Trump Will Testify On Own Behalf

I don’t believe it but it WOULD be terrific:

“If you go to a Senate trial, who testifies on behalf of the president?” anchor Bill Hemmer asked Napolitano on Thursday. “Himself,” Napolitano responded. “You believe that could happen?” Hemmer asked.

“I do,” Napolitano said. “I think it will be the most dramatic, legal political event in the history of our era. With the president of the United States testifying under oath in front of the chief justice and the full Senate and 200 million people watching on television.”

There is ZERO chance Trump could speak under oath for more than ten seconds without committing perjury.

Previous Nancy Pelosi Rips Head Off Right Wing Reporter: Don’t You Mess With Me When It Comes To “Hating” Trump
Next Former Sec. Of State John Kerry Endorses Joe Biden