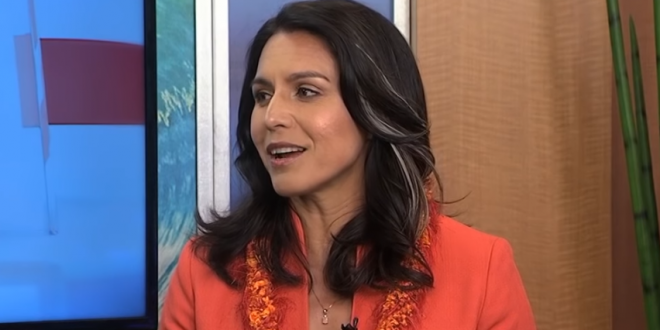 It is not exactly breaking news that Tulsi Gabbard will not win the Democratic presidential nomination. Since announcing her candidacy in January, the U.S. House member from Hawaii has never polled higher than 2 percent. That may not stop Gabbard from mounting a third-party bid and having a major impact on the 2020 election, and one person who is welcoming that prospect is Trump.

Gabbard, who has announced that she won’t seek reelection to the House in 2020, has been a regular in conservative media, often appearing on Fox News with a message tailored to conservative Democrats, isolationist Republicans and the radically antiwar left. Over the weekend she was endorsed by retired Ohio congressman and former Cleveland Mayor Dennis Kucinich.