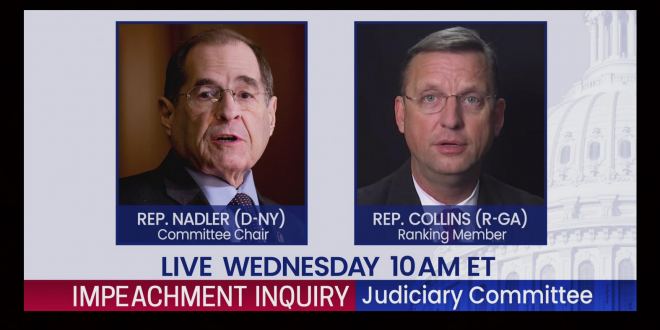 The question is no longer whether to impeach Trump. It’s on what charges — abuse of power or obstruction or both — and the strength of the Democrats’ case that Trump’s pressure on Ukraine was not just improper but impeachable.

Lots of high-minded talk about the Constitution and the nation’s founders is expected. But impeachment is inherently a political act, at no time more than now on the cusp of the 2020 elections.

Each witness for Wed. #impeachmenthearing has been on C-SPAN several times before: