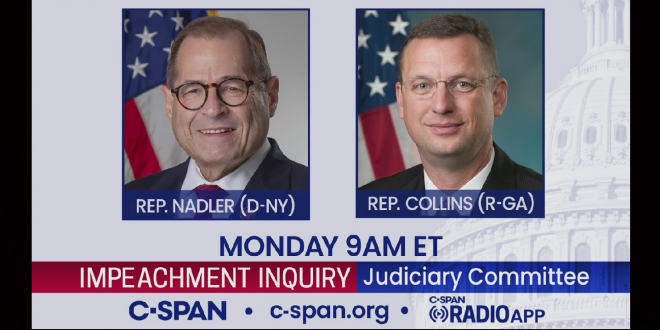 Pushing ahead with articles of impeachment, the House Judiciary Committee convenes Monday to formally receive the investigative findings against President Donald Trump as the White House and its allies launch an aggressive attack on Democrats and the proceedings.

Chairman Jerrold Nadler expects the committee to vote soon, possibly this week, on at least two or more charges against the Republican president.

Democrats say Trump’s push to have Ukraine investigate rival Joe Biden while at the same time withholding U.S. military aid ran counter to U.S. policy and benefited Russia. It could result in impeachment charges of abuse of power, bribery and obstruction.