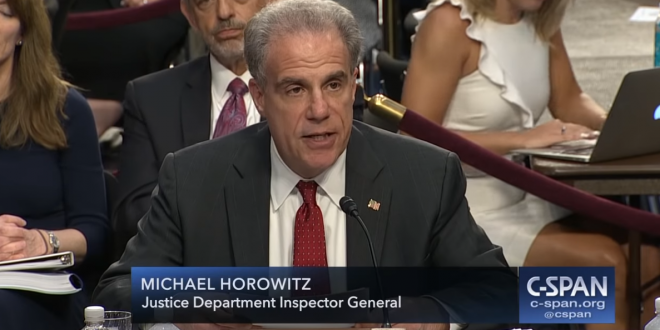 The Justice Department’s Inspector General Michael Horowitz is testifying before the Senate Judiciary Committee on Wednesday about his report on the origins of the FBI’s probe into the 2016 Trump campaign’s possible ties with Russia.

The 434-page report found that the bureau’s decision to open an investigation “was in compliance with Department and FBI policies, and we did not find documentary or testimonial evidence that political bias or improper motivation influenced” the decision.