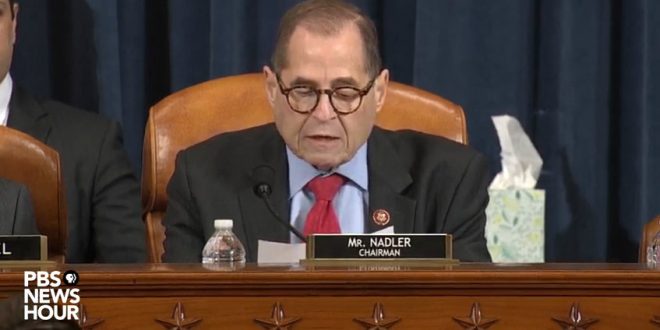 The House Judiciary Committee is expected to approve articles of impeachment against President Donald Trump on Friday after abruptly shutting down a 14-hour session late Thursday following a marathon slog through Republican amendments aimed at killing the charges.

Chairman Jerrold Nadler, D-N.Y., said the committee would resume at 10 a.m. Friday. “It is now very late at night,” Nadler said after presiding over the two-day session. “I want the members on both sides of the aisle to think about what has happened over these past two days and to search their consciences before they cast their final votes.”