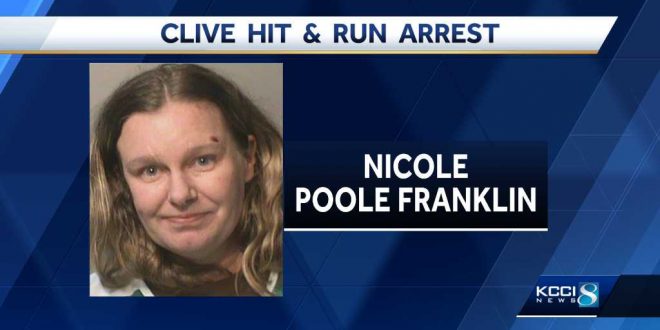 The Clive police chief said hate crime charges are being considered after a woman admitted she hit a 14-year-old girl with her car because the girl is Hispanic.

Nicole Marie Poole Franklin, 42, is charged with attempted murder for allegedly running down a 14-year-old on Dec. 9 as the girl walked to Indian Hills Junior High School, Clive police say. The Des Moines woman is being held at the Polk County Jail.

At a news conference Friday morning, Clive Police Chief Michael Venema said this action has “no place in our community.”

The victim is back in school after several days in the hospital.

Suspect in hit-and-run says she hit teen because she's 'a Mexican' https://t.co/wAx6pe1FMo pic.twitter.com/h7iaBeto0i