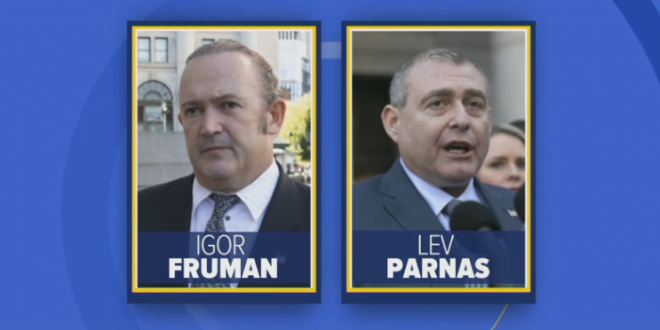 Henchman: Give My Files To Impeachment Committees

Joseph Bondy, the lawyer for Parnas, asked a federal court in Manhattan on Monday for an update on discovery in his client’s case, specifically referring to additional electronic devices that were seized in court-authorized searches following Parnas’ arrest at the Dulles International Airport near Washington, D.C. in October.

Federal prosecutors described the material seized from Parnas and his three co-defendants to be “voluminous” including at least 29 electronic devices.