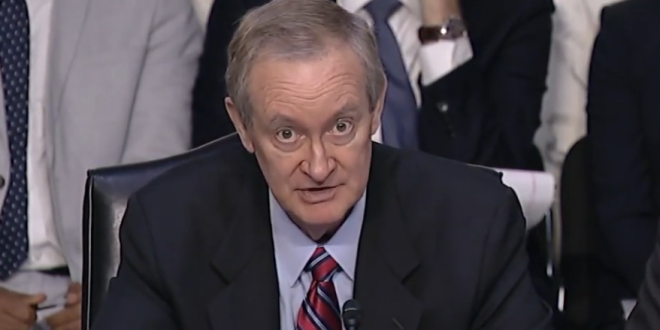 Sen. Mike Crapo (R-Idaho) has blocked an attempt by Democrats to pass legislation meant to prevent Russia and other countries from interfering in elections.

Crapo’s move came after Sen. Chris Van Hollen (D-Md.) asked for consent to pass the Defending Elections from Threats by Establishing Redlines, or DETER Act. Van Hollen argued the bill would underscore that there would be a “very tough price to pay” if Moscow meddles in U.S. elections.

Specifically, if the DNI determines that Moscow meddled in U.S. elections, sanctions on Russia would have to be implemented within 30 days of the determination. “I think that President Trump has probably put more sanctions on the Russians than any president in our history,” Crapo said.