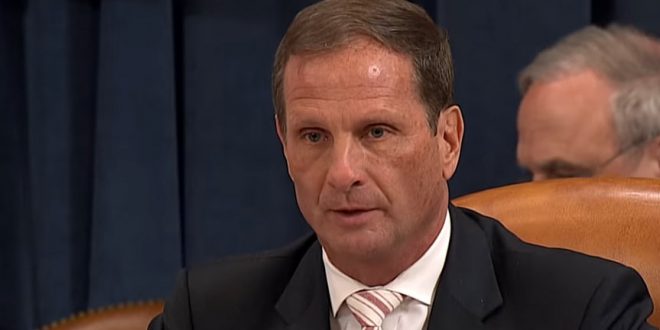 As Democrats champion anti-discrimination protections for the LGBTQ community and Republicans counter with worries about safeguarding religious freedom, one congressional Republican is offering a proposal on Friday that aims to achieve both goals.

The bill that Utah GOP Rep. Chris Stewart plans to unveil would shield LGBTQ individuals from discrimination in employment, housing, education, and other public services — while also carving out exemptions for religious organizations to act based on beliefs that may exclude those of different sexual orientations or gender identities.

Stewart’s bill counts support from the Church of Jesus Christ of Latter-day Saints and the Seventh-day Adventist Church, but it has yet to win a backer among House Democrats who unanimously supported a more expansive LGBTQ rights measure in May.

Much like the Equality Act, the Fairness for All Act would make anti-LGBT discrimination against federal law, but it would also institute a accommodation for institutions like religious organization and small-business wedding vendors.

The Fairness for All Act would also extend protections to small business whose owners refuse to provide services to same-sex weddings based on religious objections. The nation’s leading advocacy group for LGBTQ rights says the Fairness for All Act doesn’t go far enough, and an anti-LGBT legal firm that purports to protect religious freedom also doesn’t support the legislation.

Previous Hundreds Of Legal Scholars Back Impeachment: The President’s Conduct Is Exactly What This Remedy Is For
Next Warren’s Doctor Pronounces Her “Very Healthy”