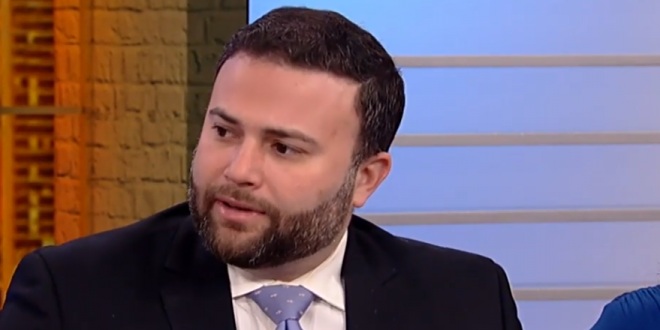 A failed attempt to secede is still well-regarded in some quarters of the South, a century-and-a-half after the Civil War.

And the failed attempt to secede is apparently still well-regarded in some quarters of New York’s southern-most corner, a generation-and-a-half after the last breakaway attempt failed. So says Staten Island City Councilman Joe Borelli.

“Secession is wildly popular on Staten Island now, especially on the South Shore,” Borelli said Tuesday, shortly before introducing a bill to get the ball rolling. “It’s something that never really dissipated. It’s a fight that’s been ongoing.”

Borelli is only of the two Republicans on the 53-seat New York City Council. He’s the Minority Whip! Seriously!

Previous GEORGIA: Racist Pol Resigns Rather Than Give Voters The “Pleasure” Of Recalling Him From Office [VIDEO]
Next Billionaire Bloomberg Pledges “War On Poverty”