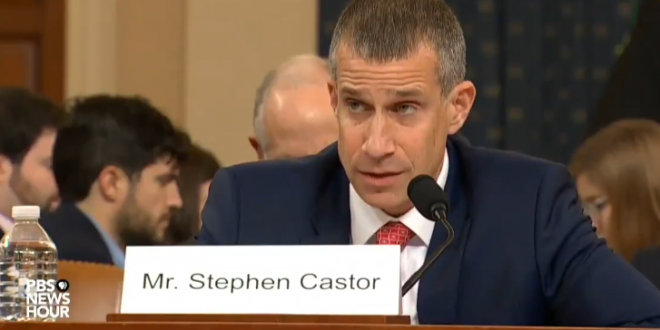 Yes, but: For the last two months, the White House has blasted the impeachment inquiry as “constitutionally illegitimate” and refused to take part at all.

Democrats chose to move forward without said testimony — especially from some key staffers, like former national security adviser John Bolton — because a court battle to enforce any subpoenas could take months.

Castor: “The one witness who spoke to President Trump as a witness, Ambassador Sondland, said the president told him to cooperate and tell the truth.”
Here’s the list of witnesses the White House has blocked from testifying, even after they received congressional subpoenas: pic.twitter.com/GK7LcJSWLV