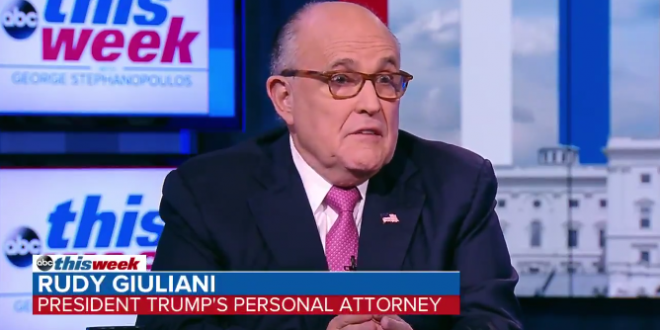 Rudy Giuliani has found a new ally in his globe-trotting attempts to fight President Trump’s impeachment, teaming up with a cable-news reporter and conspiracy-theory political cartoonist who has suggested that Hillary Clinton killed Democratic National Committee staffer Seth Rich and that Democrats eat people.

In his quest to defend Trump and dig up dirt on his political opponents, Giuliani has enlisted a wide variety of characters in both the United States and Europe. Now he’s placing a big bet on Chanel Rion, a One America News host who dabbles in bizarre conspiracy theories.

You really must hit that link, where you may recognize the name of Rion’s equally nutso fiance from his appearances on JMG. How cow, this chick is batshit.