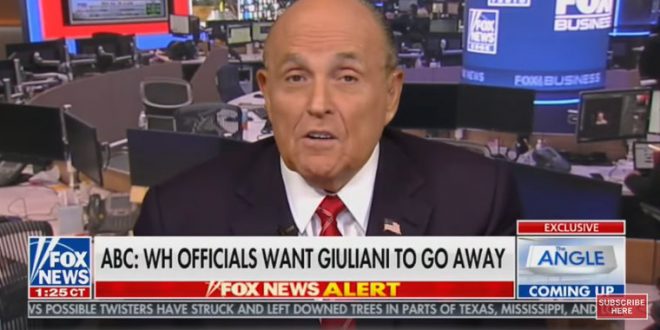 Giuliani: Yes, WH Staffers Might Want Me To Go Away

President Donald Trump’s personal attorney Rudy Giuliani told Fox News’ Laura Ingraham on Monday that it “could be” true that senior White House officials want him to go away.

Further, he claims that those officials who do want him to be quiet have bought into the “spin” of the Democrats.

“The fact is, there is nothing to be defensive about. Joe Biden was involved in multi-million dollar corrupt scheme along with a number of other Democrats. It’s never been resolved,” Giuliani said.