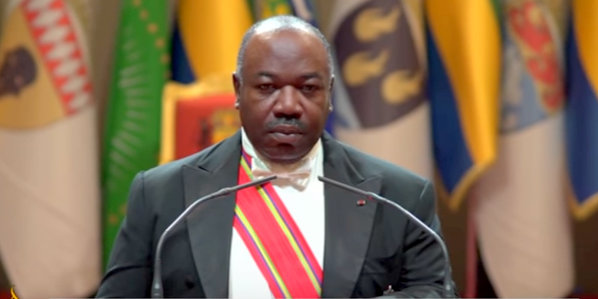 Gabon has passed a law against gay sex, becoming the 70th country to ban the practice, an official confirmed, as the global pace of reform falters.

The central African country banned “sexual relations between people of the same sex” in a new penal code earlier this year, according to copies of the law online.

A government official who declined to be named confirmed the change, which happened in July but was not widely reported. The minister of justice declined to comment.

Gabon became independent from France in 1960 and has a population of 2.1 million, around 88% of whom are Christians. Pictured above is Gabonese President Ali Bongo. Homosexuality had never been criminalized in Gabon and it’s net yet clear what the penalties might be.

Previous REPORT: Trump Views Impeachment As Humiliation, Takes No Blame, Rages Against His Perceived Enemies
Next BRITAIN: Lengthy Prison Sentences For Three Teens Who Beat And Robbed Gay Men After Luring On Grindr