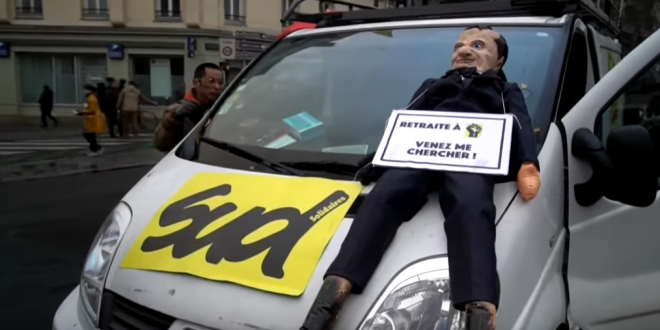 Paris authorities barricaded the presidential palace and deployed 6,000 police as activists – many in yellow vests representing France’s year-old movement for economic justice – gathered in the capital in a mass outpouring of anger at President Emmanuel Macron and his centerpiece reform.

Unions and their supporters fear that the changes to how and when workers can retire will threaten the hard-fought French way of life. Macron himself remained “calm and determined” to push it through, according to a top presidential official.

The clips below are live.