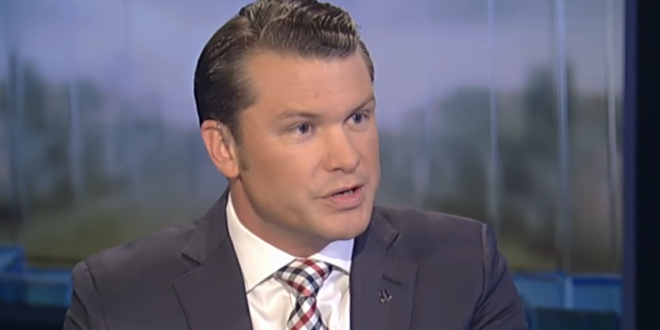 Fox & Friends Host Claims He Was Banned By Twitter

Fox and Friends host Pete Hegseth claimed he was banned from Twitter Saturday for posting an anti-American manifesto from Pensacola shooter Mohammed Alshamrani. Hegseth posted the screenshots Sunday showing his tweet, and said the actions were “Islamist terror.” He posted the messages from Alshamrani’s Twitter account.

“The coward posted it just hours before his terrorist attack,” Hegseth wrote. “This is Islamist terror. No reason to ever mince words. Saudi Arabia must be held to account.”

Hegseth claimed Sunday on Instagram that he was banned for spotlighting the shooter’s motivations. He added: “Big tech does the bidding of the Left, especially to include anyone who speaks truth about the threat of radical Islam.”

Hegseth’s tweets are still visible. Below is his most recent original tweet, which is apparently a reference to the first name of the Pensacola shooter.