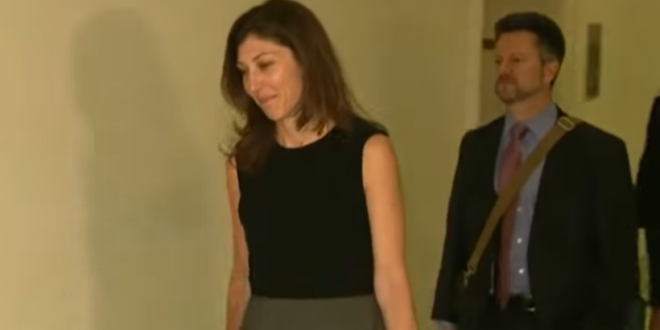 “And when the president accuses you of treason by name, despite the fact that I know there’s no fathomable way that I have committed any crime at all, let alone treason, he’s still somebody in a position to actually do something about that. To try to further destroy my life.

“It never goes away or stops, even when he’s not publicly attacking me. If I’m walking down the street or shopping and there’s somebody wearing Trump gear or a MAGA hat, I’ll walk the other way or try to put some distance between us.” – Former FBI lawyer Lisa Page, speaking out for the first time in a lengthy interview with The Daily Beast.

Roughly two years after her anti-Donald Trump text messages were released to Congress and she became a public target of the President’s ire, Lisa Page said it’s time to break her silence. https://t.co/Dgdskn1ZSB

Please have a look at this compelling interview with Lisa Page. It’s beyond enlightening to hear actual facts and information as opposed to Trump’s demeaning, misogynistic and patently false tweets about Lisa Page. ⁦@MollyJongFast⁩ https://t.co/vtsBJzgWgA

Lisa Page tells her story to ⁦@MollyJongFast⁩ and it’s infuriating and heartbreaking. https://t.co/Z2Oig9yZhT

The article also surfaces some of the details regarding what appears to be very serious violations of the Privacy Act by DOJ officials. Strzok is currently suing DOJ for Privacy Act violations related to the release of text messages. pic.twitter.com/zHAwAklObc