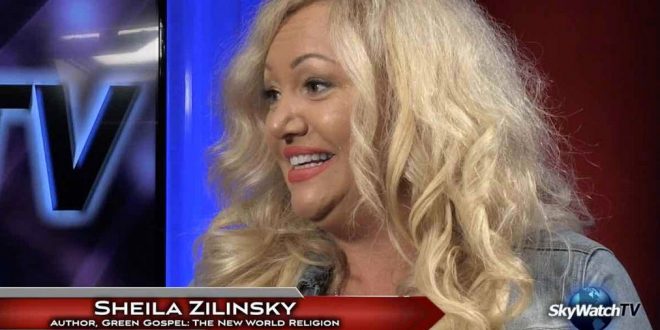 “We BIND the strongmen assigned to Donald J. Trump in the might name of Jesus. We cut and bring to naught the power of the witch, the wizards, the warlocks, the witch doctors, the magi, the debonators, all sorcerers, high priests sending attacks against him and God’s people.  We SEVER the silver cords of every spirit that’s astral-projecting, even human spirits.

The remix of this should be awesome.

Full disclosure: I have no idea what “debonators” are or what “hoodoo, hooloo, joodoo” is supposed to refer to.

Ms. Zilinksy first appeared on JMG in 2017 when she revealed that the NFL is secretly brainwashing its fans with anti-Christian “gamma rays.”

Listen to this amazing prayer that Sheila Zilinsky unleashed on those who oppose Trump. pic.twitter.com/neQP5MyMnx