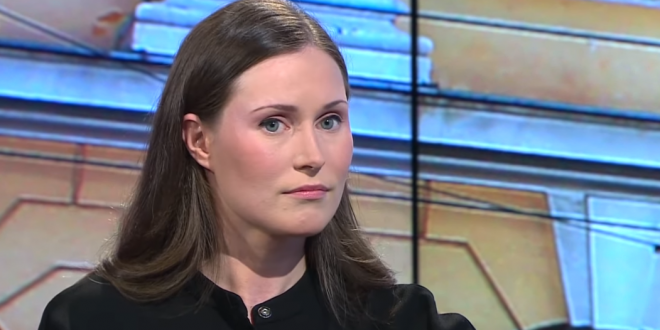 Estonia apologized to Finland on Monday after Estonia’s interior minister mocked Finland’s new prime minister — the world’s youngest-serving government leader — as “a sales girl” and questioned her ability to run the Nordic country.

Mart Helme, 70, Estonian interior minister and leader of the populist far-right party Ekre, on Sunday ridiculed Finnish Prime Minister Sanna Marin, 34, and her government, in which four out of five coalition leaders are women under 35.

His comments prompted the opposition to call for his resignation, while Estonian President Kersti Kaljulaid asked Finland’s President Sauli Niinisto to pass on her apologies to Marin and her government.

Marin worked as a store cashier while a student.

Politicians in Finland have hit out at remarks made by Estonian interior minister Mart Helme (EKRE) on Sunday. Critics include even members of the Finns Party (Perussuomalaiset), who are allied to EKRE at a European level.#Estoniahttps://t.co/53ACFf4L1X

Previous Staffers Quit Over House Rep’s Defection To GOP
Next SCOTUS: Homeless May Sleep On The Sidewalk