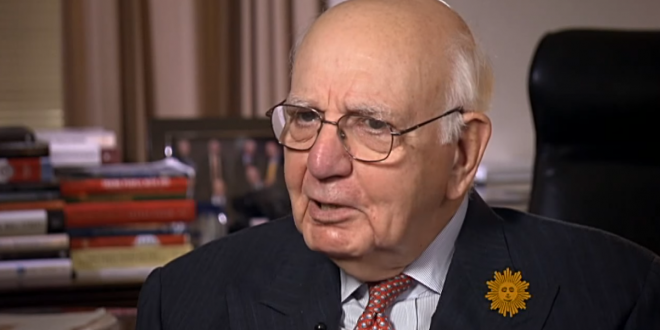 Paul A. Volcker, who helped shape American economic policy for more than six decades, most notably by leading the Federal Reserve’s brute-force campaign to subdue inflation in the late 1970s and early ’80s, died on Sunday in New York. He was 92.

Mr. Volcker, a towering, taciturn and somewhat rumpled figure, arrived in Washington as America’s postwar economic hegemony was beginning to crumble. He would devote his professional life to wrestling with the consequences.

BREAKING: Paul Volcker, the former head of the Federal Reserve who helped shape American economic policy for more than six decades, has died at 92 https://t.co/sEizvjqgwV

In the early 1980s, Fed chairman Paul Volcker launched the decisive battle of the twentieth century’s class war. We’ve been living in his world ever since. https://t.co/Pp6g2vEzR6

Paul Volcker, the towering Fed Chairman and economist, has died at age 92 https://t.co/jUn7qMDyKP