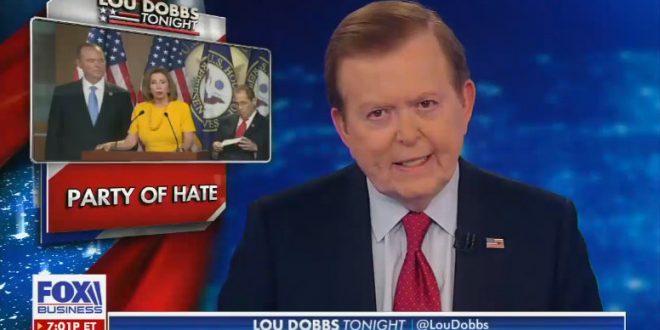 “Schiff’s so-called report is laughingly entitled The Trump Ukraine Impeachment Inquiry Report. It is in fact Schiff’s solipsistic screenplay. In which the committee chairman spins up a tale of delusional accusers and an overarching fantasy of Presidential impeachment.

“Schiff’s fact witnesses dissolved into nothing more than teary-eyed self-styled victims, of petty policy disputes, rank eavesdropping on their betters phone calls, and vapid conversations. And their cosmic presumptions are throughout based on airy assumptions that all together amount to absolutely nothing. But that is enough for Schiff, Speaker Pelosi, and their radical dim cohorts.

“Those dims have descended to the depths of individual indecency and have turned theirs into a party of outright hate, hate for this President, the Constitution, our American way of life, and the American people. It is now clear that ours is a historic president whose greatest offense is that he is simply unprecedented, and he is unbeatable at the polls.” – Lou Dobbs, on last night’s show.